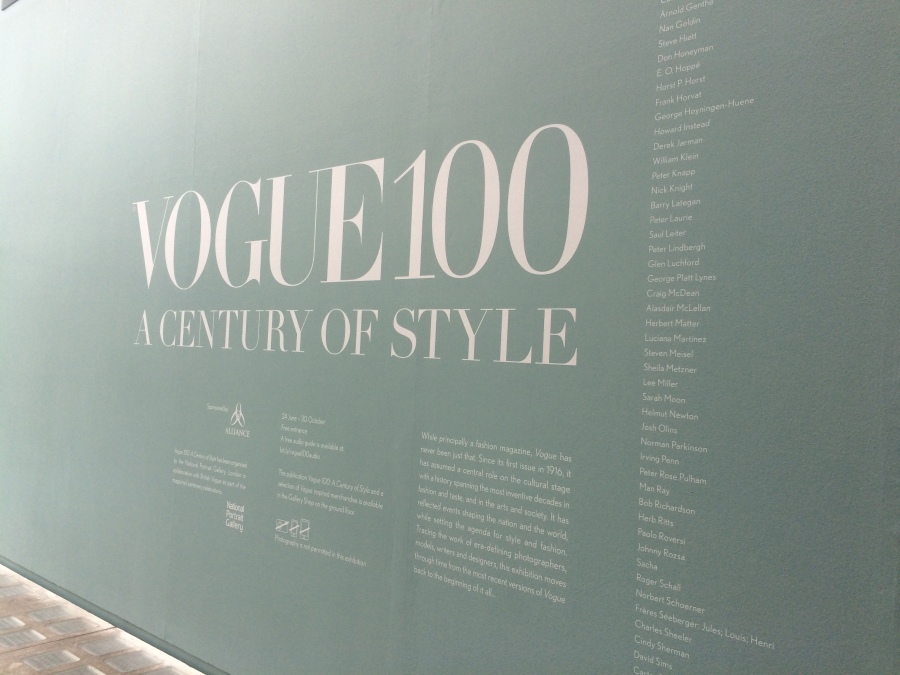 Vogue 100: A Century of Style is an exhibition not to be missed! The exhibition previously housed in The National Portrait Gallery, London, has ventured up North and can now be found in the beautiful and dainty Manchester Art Gallery. The exhibition is a remarkable and diverse showcase of a wide array of photography commissioned by the fashion bible itself to celebrate its one hundredth year with pieces dating back to when the magazine first hit our shelves in 1916. Homage was paid to each defining decade with monutmental pieces featuring influential people from each era on display. This exhibition allows you to truly immerse yourself in the past and present of the century old magazine. Each shot was unique, intriguing and beautiful. The exhibition housed the work of some of the worlds most acclaimed photographers, including Tim Walker, Mario Testino and David Bailey. There were shots of fashions favourites including Kate Moss, Cara Delevingne and the late Alexander McQueen, and many other famous faces including Kiera Knightley, Winona Ryder and the Duchess of Cambridge, who graced the 100th issue of this timeless magazine.

My personal favourites included the display of covers from every decade since the publication began in 1916. It allowed you to accurately asses how the magazine has evolved since its first print a century ago. The 1962 edition particularly stood out to me as this issue saw one of the last editorial shoots of one of my icons before her untimely death, the stunning Marilyn Monroe. The black and white shots encaptured Marilyn’s inner turmoil but also her grace and beauty. I was surprised by the simplicity of the shots in which she seemed so vulnerable and pensive, a side we rarely see of the troubled star.

Another favourite was a black and white shot from 1991 by Herb Ritts featuring another of my icons, Winona Ryder. Winona is wearing a delicate and dainty tutu whilst stood on a picnic bench outside of the home she shared with Jonny Depp at the time. The contrast of the white ballet wear with the dark natural surroundings particularly intrigued me, as did Winona’s awkward stance not like that of a graceful ballerina.

I would recommend this stunning collection containing some of the world’s finest photography to any fashion lover or photography enthusiast. I can assure you it will not disappoint. Vogue 100: A Century of Style is at Manchester Art Gallery until the 30th of October 2016.

As there was no photography permitted I was not able to get the best shots but I did manage to get some stealth ones with the help of my Mother who managed to snap the Ritts piece of Winona. 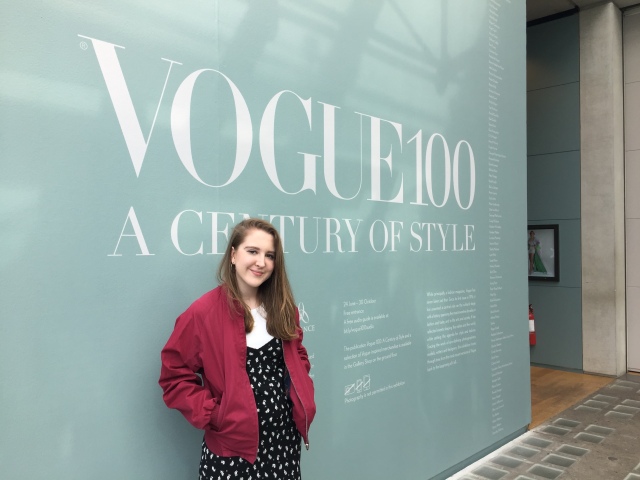 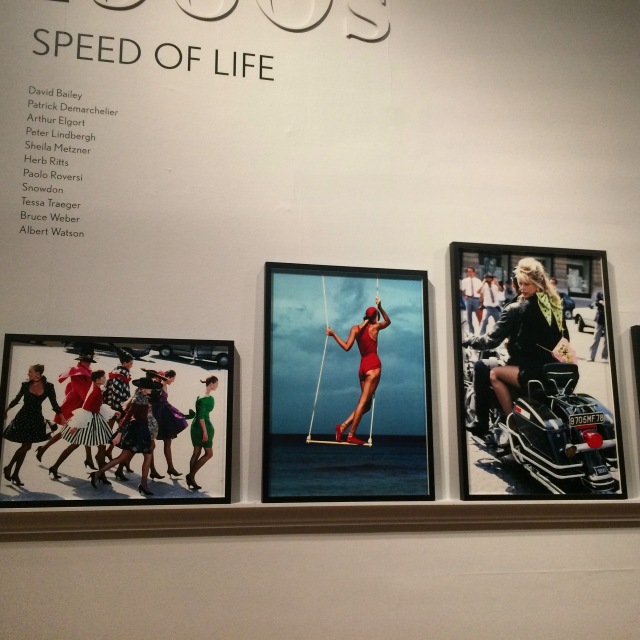 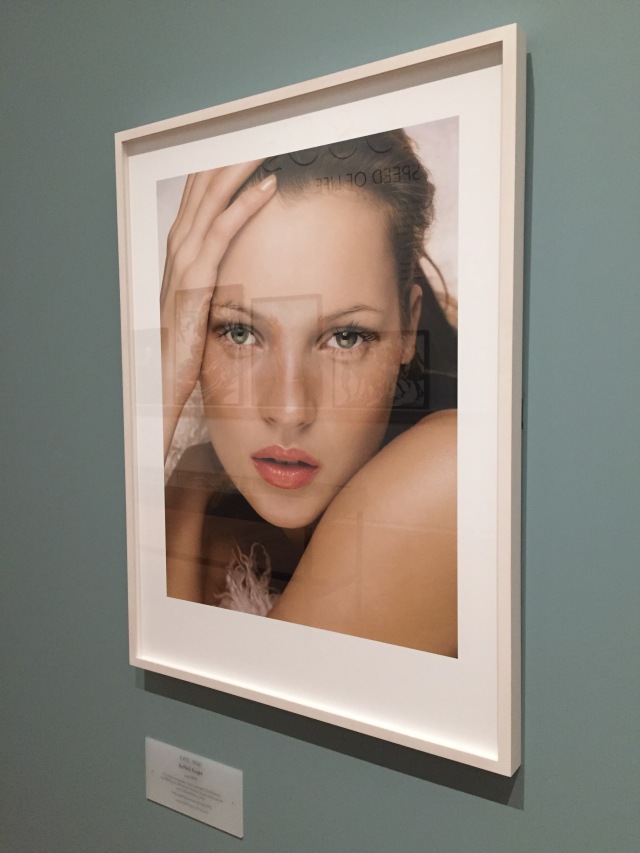 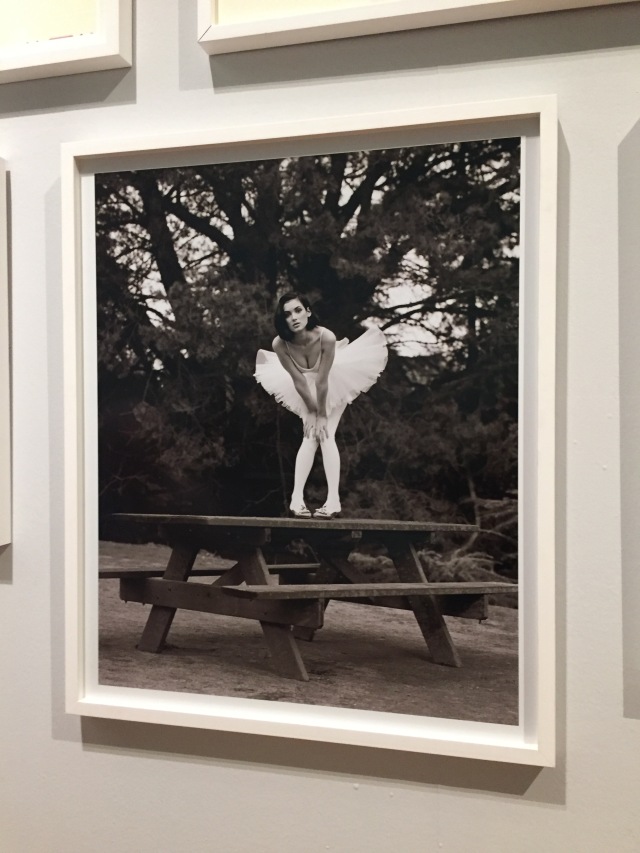 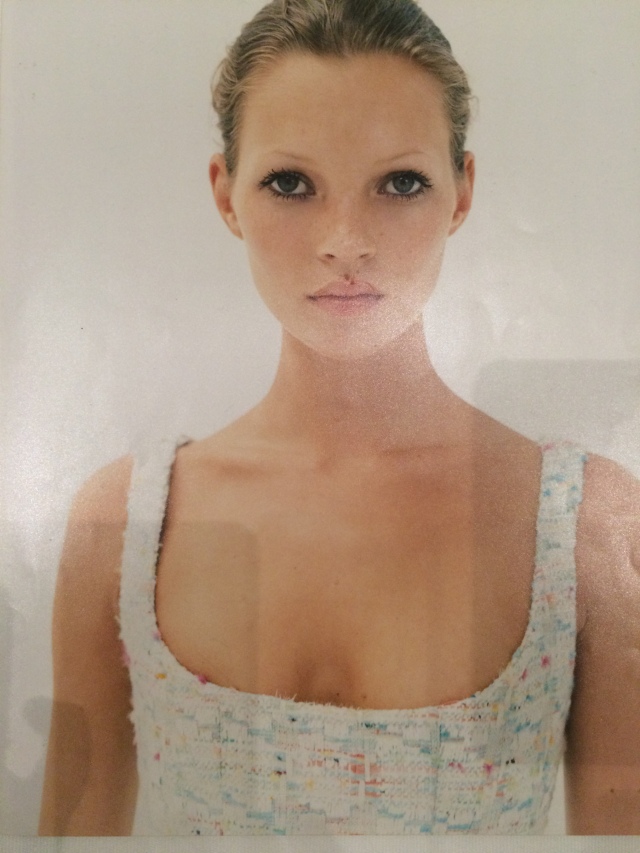 There were pieces on display from up and coming student designers who may well be the next Westwood, McCartney or McQeen and already established Fashion Houses including Commes des Garcons. 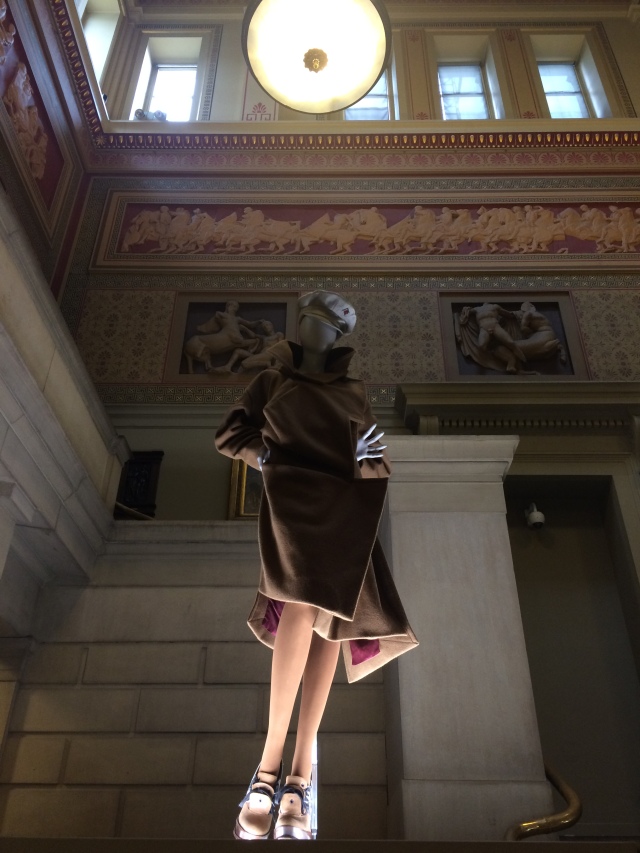 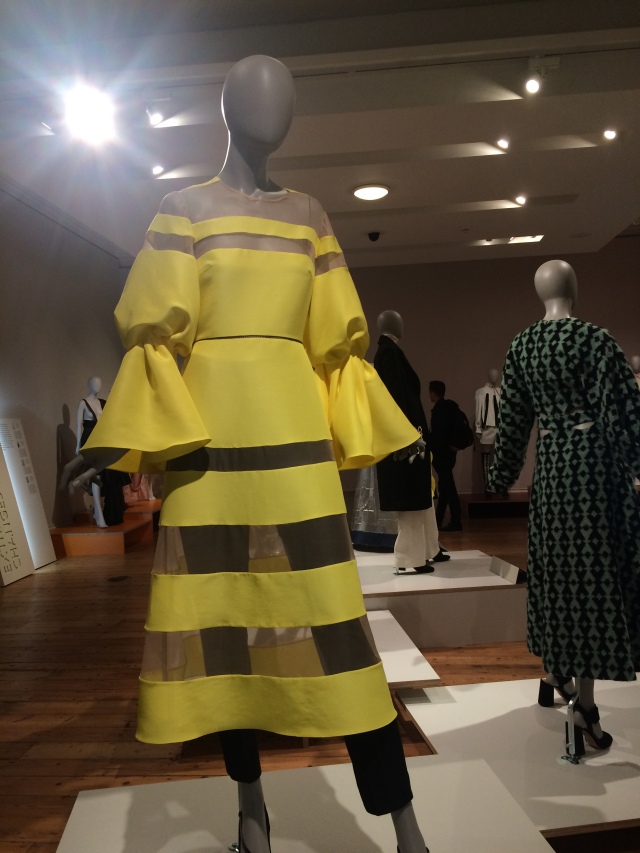 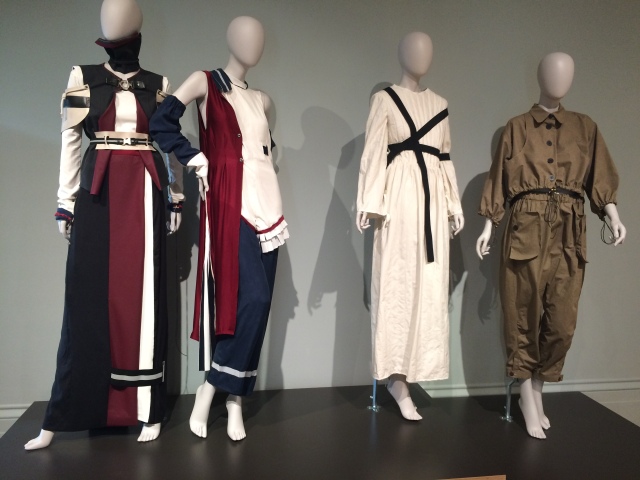 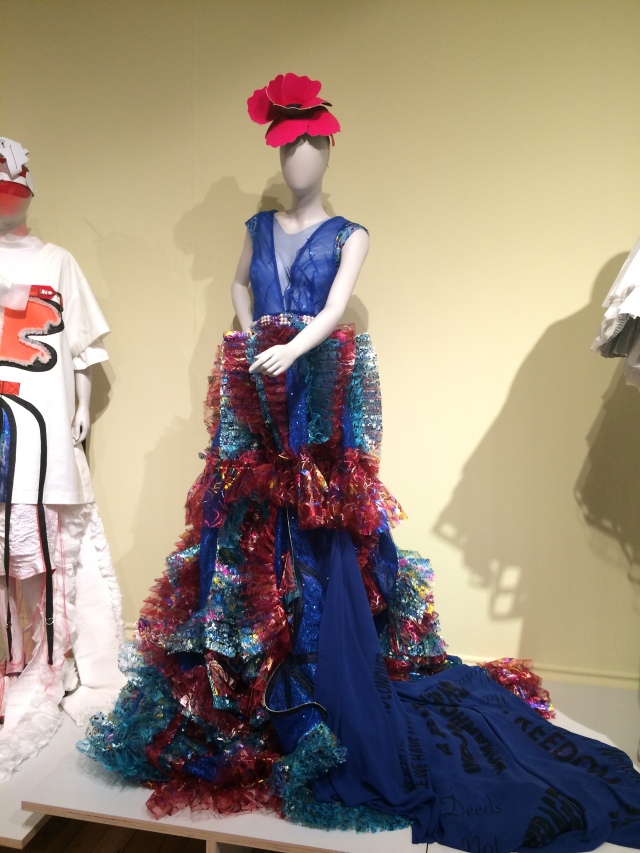 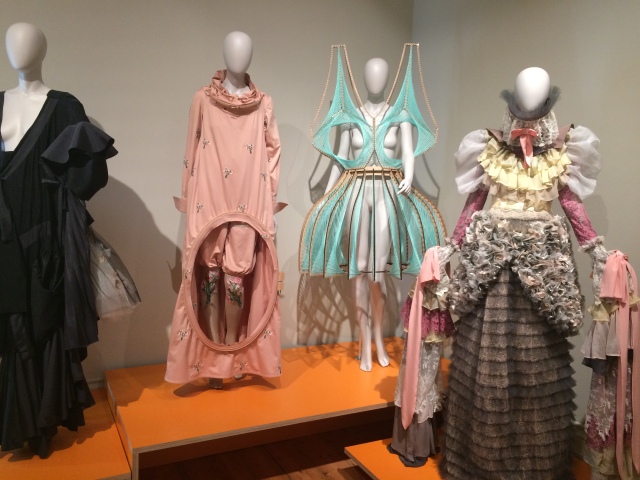 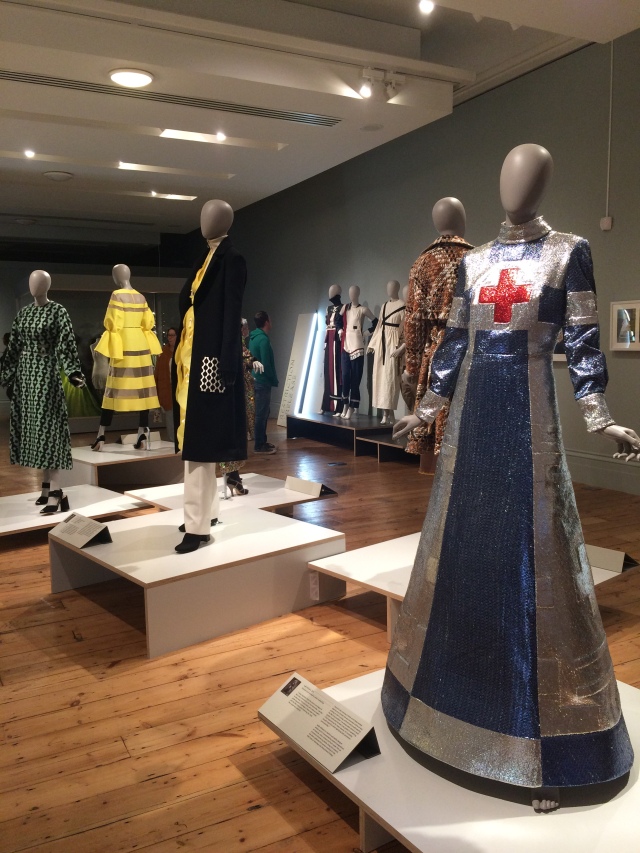 Artwork by African artist Boris Nzebo, portraying the unique and complex relationship between urban spaces and its human inhabitants, was also on display.

I couldn’t help feeling nostalgic when I happened upon a piece by one of the Norths finest artists, L.S.Lowry. I was reminded of my childhood wondering the gleaming white halls of the Theatre and Gallery named after the acclaimed artist, to which we would often venture to visit my auntie who worked there. Because of this Lowry’s pieces will always hold a special place in my heart. 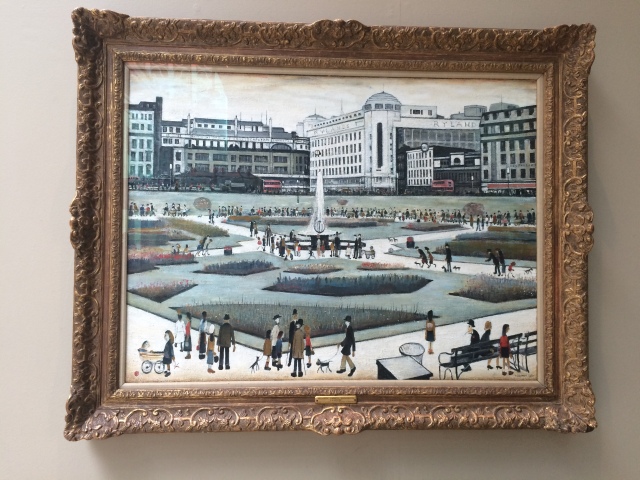 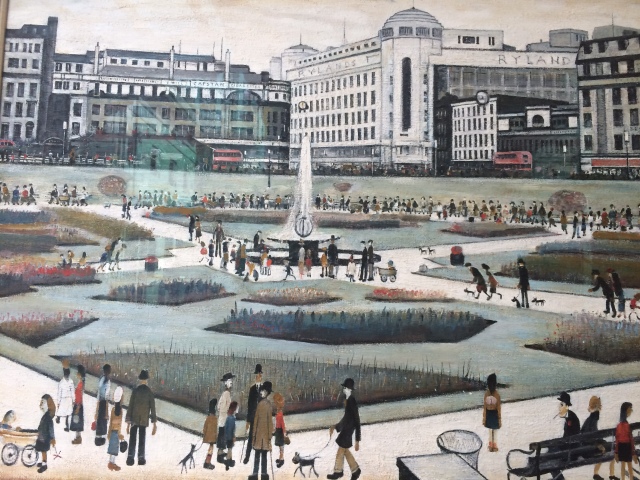 And a trip to Manchester wouldn’t be complete without sampling some of the cities tastiest cuisine!

All the culture had us working up an appetite! So we decided to recharge and refuel at Reds True Barbecue. As you enter into the smoky haze of the pit house you are immeidiately hit by the smell of succulent meat sizzling on the grill, which does not lure you into a false sense of security because the food tastes just as good as it smells, if not better, which is a rarity. With a quirky interior and hearty food, a trip to Reds True Barbecue is an overload on the senses, one which I would highly recommend to anyone. 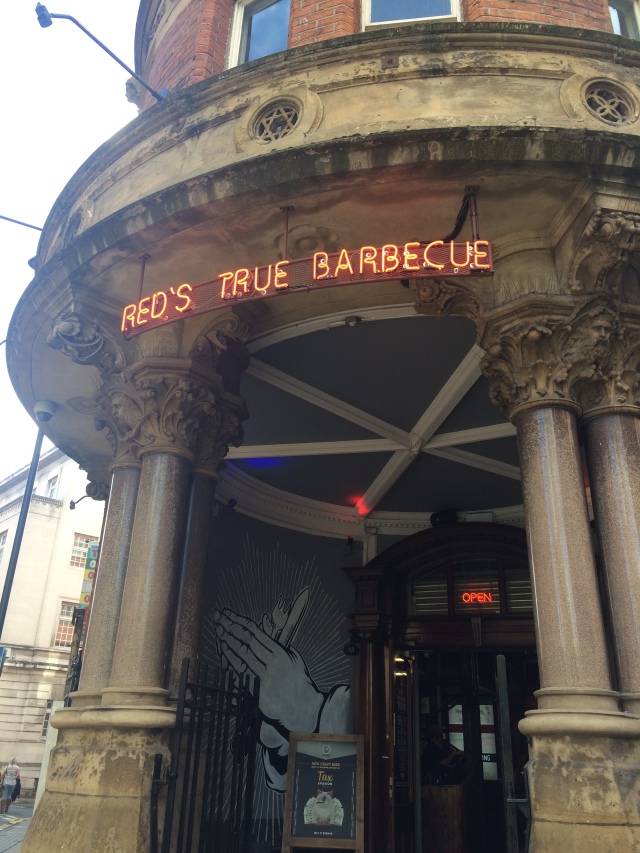 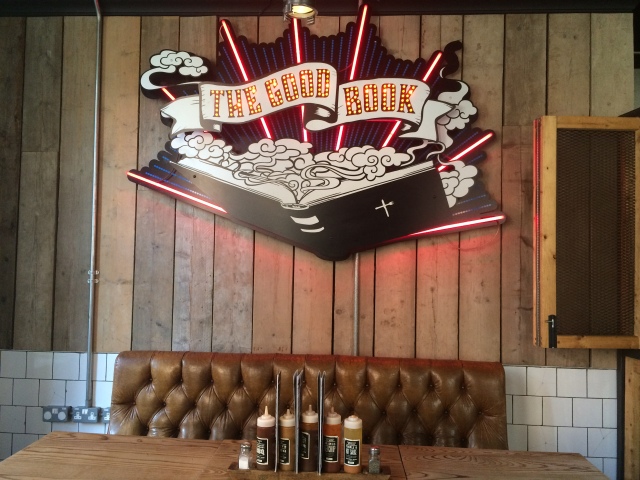 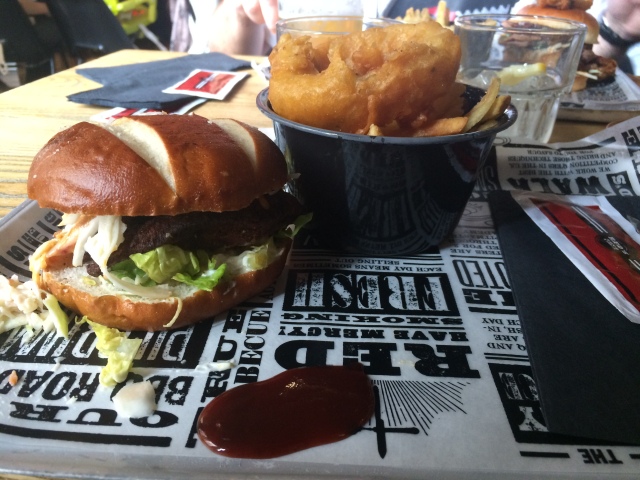 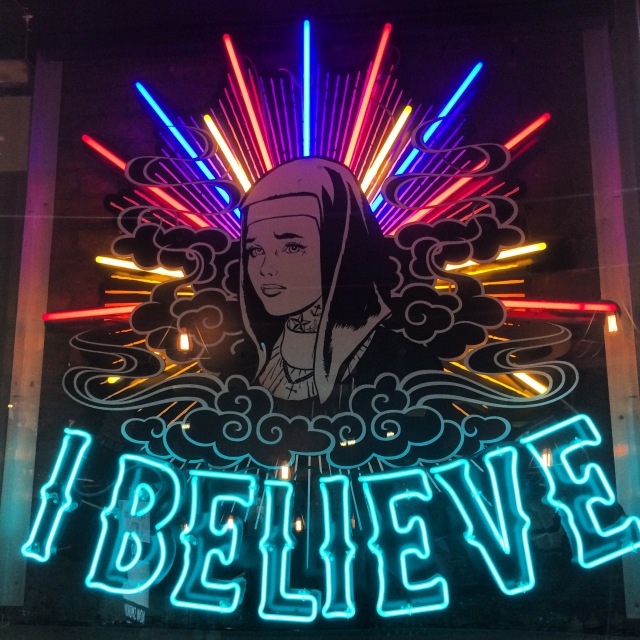 Well hello there! My name is Emily! When I’ve not got my nose in a hideously long textbook, I’m likely to have it in a copy of the latest Vogue, or busy getting square eyes. And when I’m not being a hermit I can be found exploring and soaking up all the culture the British Isles (and beyond) has to offer. In this blog I will be sharing my views on the latest fashion news and trends and I will be sharing my recent adventures!
Enjoy!